Skip to content
I said a hip hop
Hippie to the hippie
The hip, hip a hop, and you don’t stop, a rock it out
Bubba to the bang bang boogie, boobie to the boogie
To the rhythm of the boogie the beat

With that, I was hooked. I didn’t understand what it was, all I know that summer I was introduced to something completely new and amazing. Rap (later dubbed Hip Hop) came into my life and it would never leave me.

The summer of 1979 was an amazing summer. I just remember it feeling electric. My oldest cousins had left Greenburgh to a beautiful house in New Jersey. Most summer weekends were spent at their house. My cousin Jill was my idol. She was tall, beautiful with long hair. Everything I wanted to be, she possessed. I didn’t envy her and was never jealous, I just admired her and still do. We were sitting in the den with her brothers and other cousins when she changed the record we went to from Flashlight, by the Parliament to Rappers Delight. 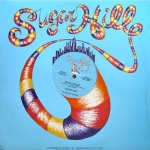 By then, I had heard kids trying to mimic what they had heard and one of my friends tried to describe it, but they all fell short of the reality. What I heard was pure magic. It was so different. It felt like I was being allowed to peek into the adulthood of the coolest person that existed. We listened to it over and over again until we all knew the first verse. When we memorized the second verse on beat we had our talent show entry to perform for the adults.

At this point, there was no hip hop swag, or how to even dance to this. So we wore whatever we thought “cool” was at that point hand swayed back and forth on beat while we rapped. I wish we had a picture of the expression on the adults had staring at us. They thought we lost our got dang minds (saying it like that still would get us a pop in the mouth). Then they erupted in laughter. They said we sounded all over the place and didn’t understand a word that we were saying. Meanwhile, we are looking at them confused how they didn’t hear what we experienced earlier.

Forty years later, hip hop purest will like to spout things like, Sugar Hill Gang was wack, how they weren’t the first, how they didn’t write Rappers Delight and aren’t the originators of this new genre of music. I call bull shit. Yes, half that shit is true… Well most of it is true, but name someone born in the late 60’s to mid 70’s that can’t rap this entire song? That’s impact.

I am a wife, mother of three, caseworker, graduate student, PTO President and oh yeah I have a social life AND I am on my weight lost journey. Many of my friends are amazed that I am able to provide a home cook meal at least 6 nights a week. Over the years I have developed my expertise and want to share them with people and hopefully get feedback on how I can improve. View more posts