After the fire we moved into a small apartment off the L and then again before being homeless in the dead of winter. We were fortunate enough to get placed in a really nice Salvation Army shelter downtown. I had been living in Chicago for over a year now and I have attended at least three different schools.

Living in Chicago was far from boring. I had grown accustom to living in a busy city, not having an extended family, and being without in general. Yes, we were poor, but weren’t improvised. Even though we had apartments in “da hood” I couldn’t relate to many of my peers. My mother managed to find the perfect balance of keeping us sheltered, but allowed us enough space to explore. She volunteered at our schools when she wasn’t working and we were allowed to walk to the bus stop unaccompanied and go to the park by ourselves. But when my mother took us to a park, we always had to pick up the litter before we could play. Funny fact, as a result to this day I can’t litter.

My mother had unwritten rules that kept us safe from outside threats. She never had boyfriends, she stopped smoking, no alcohol,or drugs. She kept us busy in activities and always encouraged my creativity. My mom’s creativity was infectious. When she was in a positive head space, she would bring color into any drab apartment, but the flip side was the darkness. Darkness so dark that no amount of natural light could illuminate. The real indicators were predicted on open mic at poetry slams. I knew which mother I was getting based on her poetry.

This one move stood out for several reason, for one it wasn’t a dump. It was in a diverse community on the north side. The courtyard was always green and even though it was a basement apartment, it was huge and mom was in a creative space when we moved in. We even had a black and white 13″ television. But we also lived there the longest.

I was able to develop friendships that extended past school hours. We would challenge each other, we made a pact that we wouldn’t become statistics and had a strict no profanity rule. I was with them when the news about Marvin Gaye died. 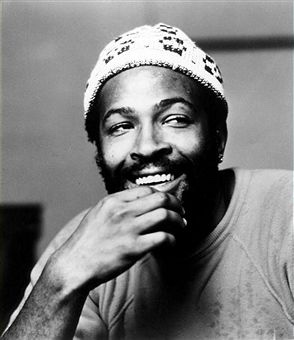 We sat on Tasha’s steps and cried. After the last tear had been spilled, we combined our loose change and went to the corner store for a bag of penny candy. Squirrel Nuts, Mary Janes, Jolly Ranchers, Jaw Breakers, and loose Now & Laters. Life was good.

Then there was Becky, a blond hair blue eye girl who never went to school, that lived in our building. To say she was always dirty would be an understatement. Becky could curse out the toughest man and bring him to tears. Her world was completely alien to me. Her apartment was always a mess and she had absolutely zero supervision. On top of everything else, Becky had the nastiest habit of smoking cigarettes butts she would find on the sidewalk. One time she swiped her “ Uncle’s” half pack of cigarettes, we went back to my apartment and smoked. Of course my mother came in and busted us. She was so disappointed, more because I tried to lie. As a punishment she was going to make me finish smoking the entire pack, but I upchucked half way into the first cigarette. The story has been retold and its now being told that my mom brought an entire case of cigarettes and forced us to smoke the entire thing. I never smoked another cigarette again (except the first time I went to England in my mid 20’s). With Becky, I saw an entire different world.

The 1983-1984 school year at Fonsworth Elementary came to an end and everything seemed to be going well. Got my first Jerri Curl, we hadn’t moved in a year, and my mother was enrolling us into summer camp, life was good. Finally.

I am a wife, mother of three, caseworker, graduate student, PTO President and oh yeah I have a social life AND I am on my weight lost journey. Many of my friends are amazed that I am able to provide a home cook meal at least 6 nights a week. Over the years I have developed my expertise and want to share them with people and hopefully get feedback on how I can improve. View more posts